The Francqui Foundation in Belgium awards yearly International Chairs to scholars who excel in their research. Prof. Rodney Fox received the International Francqui Chair for 2015-2016, based on a proposal made by a network lead by Prof. Guy Marin of Ghent University and including ULB, UCLouvain, the von Karman Institute of Fluid Dynamics, the Belgian Section of the Combustion Institute and the Belgian Nuclear Research Center (SCK-CEN).

The Francqui program associated with the Chair promotes inter-university collaboration to stimulate scientific research and higher education interchange in Belgium.As a part of this program, a one-week intensive course with selected colleagues of Prof. Rodney Fox research, was organised by the Belgian Section of the Combustion Institute, UGent, ULB and UCL in Brussels, from January 23 to 27, 2017.

The focus of the course is on bridging scales in modelling and simulation of reacting and non-reacting flows. 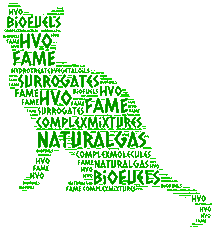